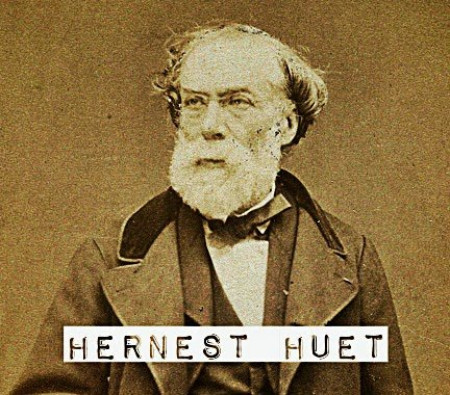 Born in 1822 in Paris, Ernest Huet belonged to a noble family in France. As a teenager, Huet spoke Portuguese and German (in addition to French). At the age of only 12, Ernest had measles and, as a result of this illness, he became deaf.

Even after presenting deafness, he managed to learn Spanish and began to study at the National Institute for the Deaf in Paris.

In large part, due to Huet's dedication, in 1857, on September 26, the Imperial Instituto Nacional de Surdos-Mudos was founded in the city of Rio de Janeiro.

Ernest Huet 's main task was to teach and apply the methodology for the education of the deaf that was adopted in Europe, especially in France. He brought the French manual alphabet and French Sign Language to Brazil. The mixture of the sign language applied by Huet with the language used by the Brazilian deaf gave rise to the Brazilian Sign Language (LIBRAS).

In the early years, the institute served only boys. However, with the passage of time, the girls also began to be attended to.

Currently, the school founded by Huet is called the National Institute of Education for the Deaf – INES.