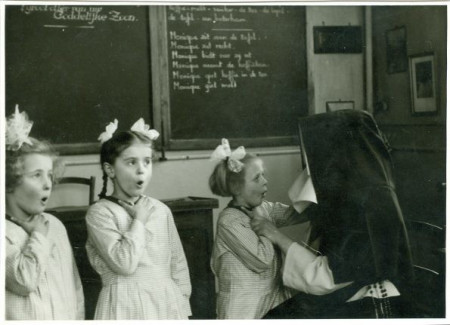 1820: First school for the deaf in Belgium - Flanders

The first school for the deaf in Flanders was established in 1820 in the mother monastery of the Sisters of Charity of Jesus and Mary in the Molenaarsstraat in Ghent.

In 1819, the young candidate sister Theresia Verhulst went to Paris for nine months to manage the school in order to learn the sign language method of priest Charles-Michel De l'Epée. After her return, she became the first principal of the school until her death in 1854.

"Before special education for deaf pupils was available, canon Petrus Jozef Triest visited the French capital and also the oldest institute for the deaf in Paris. He also learnt that the Dutch King William I sympathized with the fate of handicapped people. It inspired him to act: in Ghent the Royal Institute for Deaf Girls was founded in 1820, run by the Sisters of Charity. (..)

A passage from the book "Kanunnik Triest, Stichter van de congregatie der Zusters van Liefde van Jezus en Maria. Zijn leven, zijn geest, zijn werken (1926)" reads as follows:
"Monsignor Triest also felt a need to found a new school for deaf boys. He got in touch with William I, who was of the opinion that the Institute of Guyot was best suited to offer support. With the cooperation of the governor of East Flanders, canon Triest sent a request to William I to send a number of brothers at the expense of the state to Groningen, which took place on 7 April 1822.

Under the supervision of the Dutchman Henri Daniel Guyot, Brother Aloïs Bourgois and Brother Xavier Cuyck were taught how to organize education for the deaf. (...)

On 17 March 1825, they started with twelve pupils, the oldest being 31 years old. The institute was established in the Byloke building." 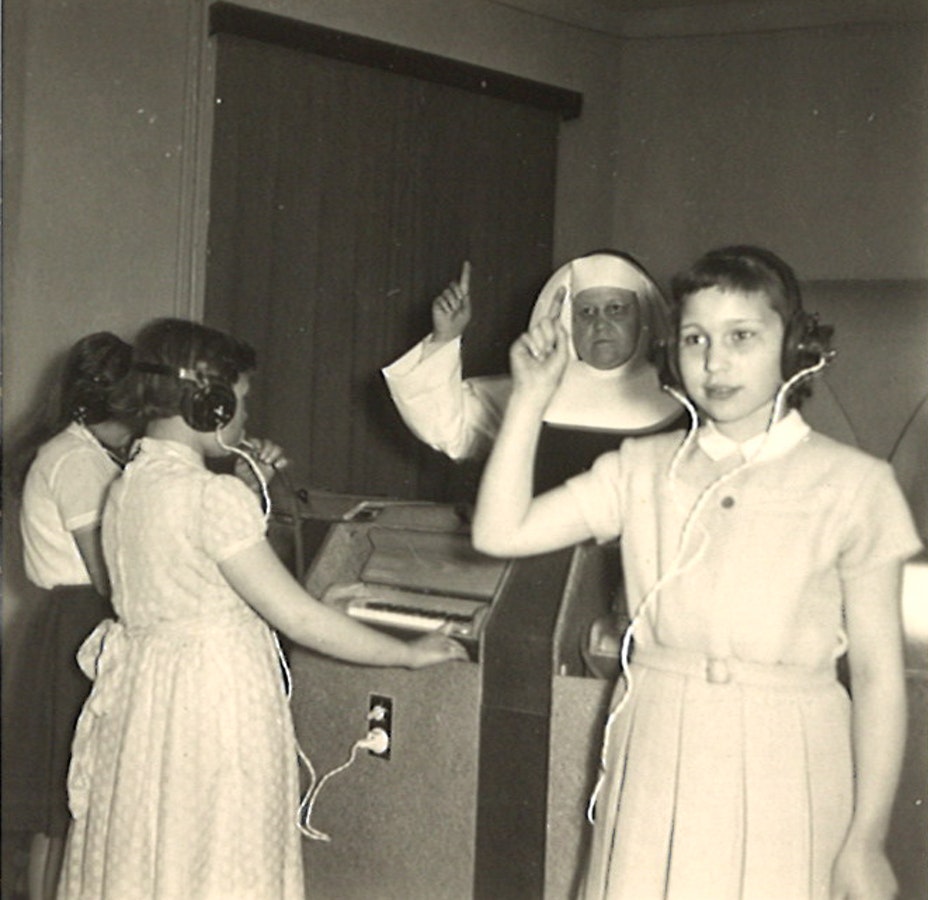 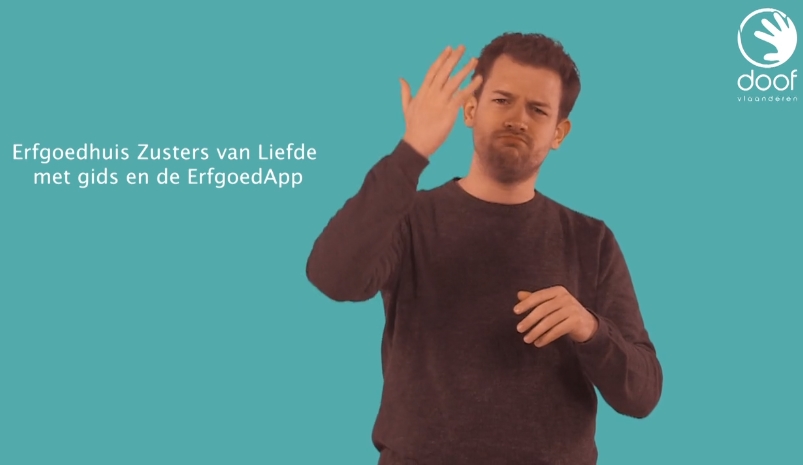 Click to see a video in FSL (Vlaamse Gebarentaal).