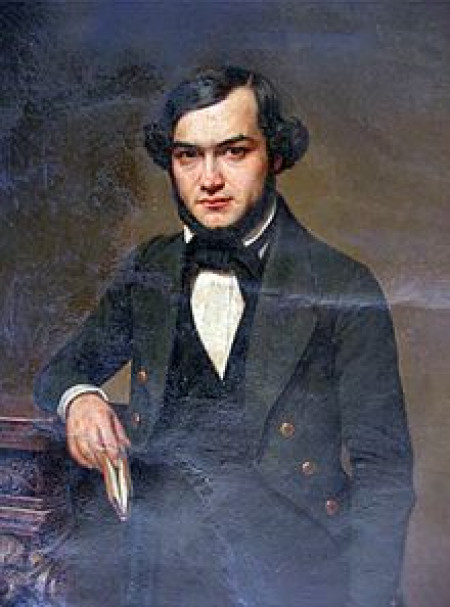 Pierre Pélissier is a French deaf teacher and poet , born on 22 septembre 1814 in Gourdon in the Lot and died on 30 avril 1863 in Paris in Ile-de-France . He taught at the School of the deaf-mutes in Toulouse and at the Imperial School for the deaf-mutes in Paris.

He was the first deaf author of the dictionary of French sign language in 1856.

When he was five, he became deaf. He was admitted, in 1825, to the school for young deaf-mutes in Rodez , then in Toulouse , under the aegis of Abbé Chazottes . He then became a teacher at the École des sourds-muets de Toulouse .

He is, it seems, assistant secretary of the Central Society of the deaf-mutes of Paris in 1842 . At twenty-nine, in 1843, he left to teach at the Imperial School for the Deaf and Dumb in Paris until his death .

He is mainly known as the first deaf author for having produced the dictionary of sign language, in other words formerly the "Iconography of signs", in the book The primary education of the deaf-mutes put at the reach of all world, with an iconography of signs , published in 1856.