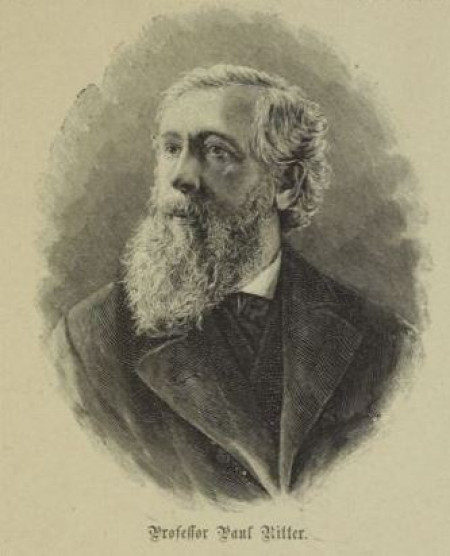 "At the age of four, Paul Ritter became deaf due to illness. He attended the school for the deaf and mute under the direction of Michael Völkel in Nuremberg. He studied painting and graphics at the Nuremberg School of Applied Arts and traveled to France, Italy, Denmark and Austria.

Ritter became known in particular for his large-format architectural pictures of old Nuremberg with historical figure staffage against the background of the historically faithful architecture of the old town.

His best-known pictures in the Nuremberg collection include the old show in Nuremberg with the reception of Gustav Adolf in 1632, the beautiful fountain in 1632, the introduction of the imperial regalia in Nuremberg in 1424 and the white tower with its surroundings.

He worked closely with his brother Lorenz Ritter (1832–1921) throughout his life. In 1888 Paul Ritter was appointed royal professor by Prince Regent Luitpold of Bavaria. With the help of his brother, he taught at the Nuremberg School of Applied Arts. Paul Ritter is considered the most important architectural painter of German historicism. On the 100th anniversary of his death, he was honored with a large exhibition in autumn 2007 by the collection of paintings and sculptures in the Nuremberg Museums." 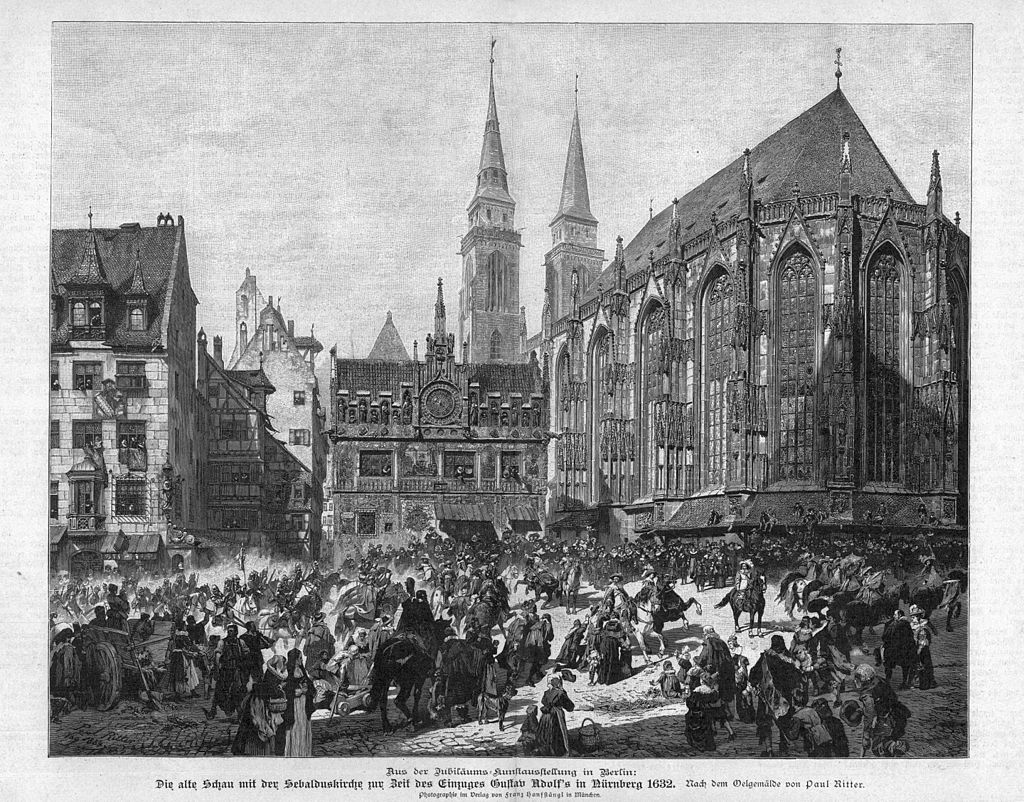 "The old show in Nuremberg" 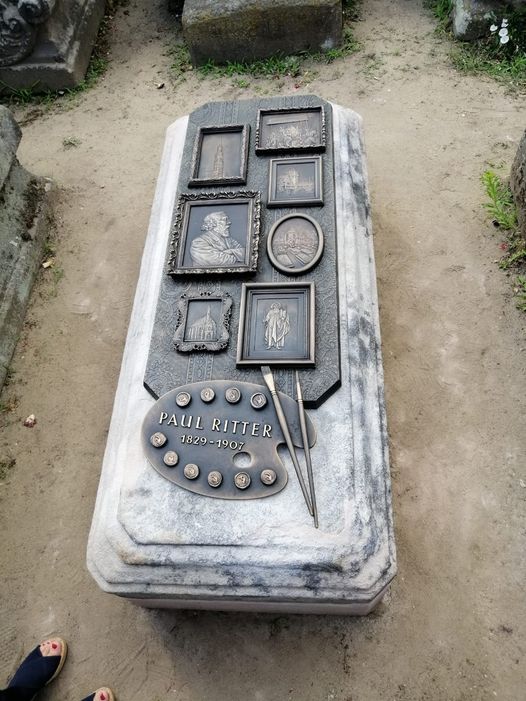