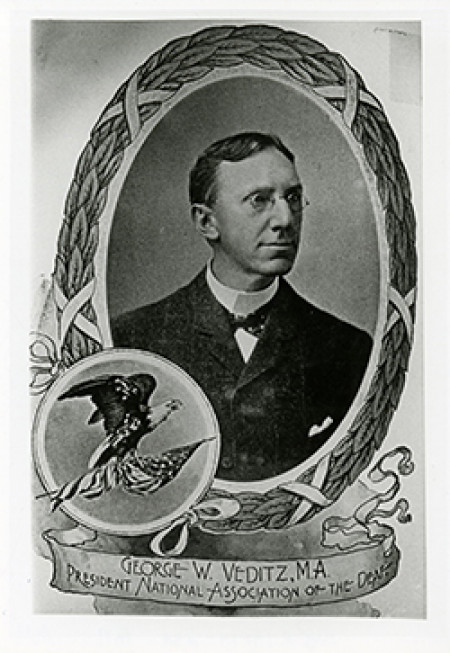 Born in 1861 to German immigrants in Baltimore, Md., Veditz became deaf at age 8 due to scarlet fever. He was fluent in spoken English and German, among several other languages.

After he became deaf, he was privately tutored until he was 14, when he enrolled at the Maryland School for the Deaf (MSD) in Frederick. Although MSD at the time primarily trained its students in shoemaking, the school's principal hired Veditz as his private secretary and bookkeeper. Veditz wanted to enroll at Gallaudet in 1878 but could not afford to finance his education. (...)

In 1880, Veditz finally enrolled at Gallaudet, where he studied education. He graduated in 1884 as valedictorian of his class, and returned to MSD to teach for four years. He earned a master's degree from Gallaudet in 1887.

Veditz was driven by the injustices he saw that included job discrimination, repression of sign language, and the overall treatment of deaf people as second-class citizens.

During his lifetime, Veditz also founded what would become the Gallaudet University Alumni Association and was involved in a World Congress of the Deaf held in conjunction with the World's Fair.

He passed away in Colorado at age 75. 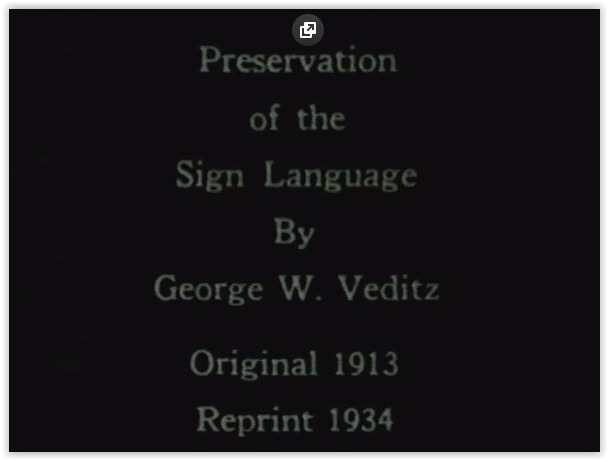 To see the film, go to: http://hsldb.georgetown.edu/films/film-view.php?film=slpreservation&signer=Veditz