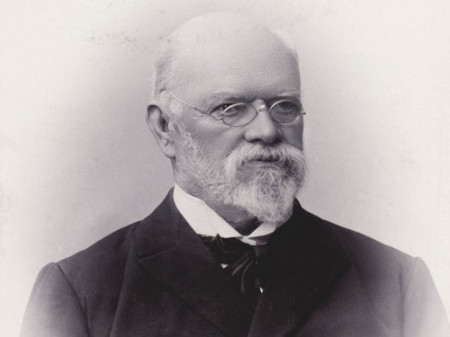 Fritz Hirn was born in 1834 to a wealthy officer family. Fritz became deaf after a scarlet fever at the age of four. There were no Deaf schools in Finland in Fritz’s childhood, but when young C. O. Malm arrived from Stockholm, Manilla School, Fritz Hirn became his private student in 1846.

Due to Deaf schools, in 1880′s sign language had been used in Finland for around 20 years and the amount of sign language users was growing.

The biggest number of sign language users lived probably in Turku, where they by and by developed a habit of meeting at Fritz and Maria Hirn’s home every Sunday. The most important thing must have been sign language using company. The vivid life at home was gradually too much for Fritz, and following the example from Stockholm he decided to suggest forming a club.