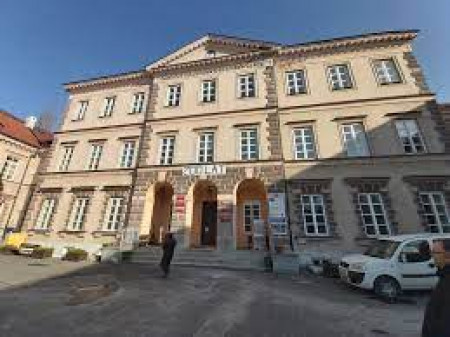 1817: First School for the Deaf in Poland

The Institute of the Deaf was established on October 23, 1817 on the initiative of Fr. Jakub Falkowski. Initially, it was located on the premises of the University of Warsaw in the Kazimierzowski Palace, and in the years 1820–1827 in the house of the visiting sisters at Krakowskie Przedmieście.

In the years 1867–1885 the director of the institution was held by Jan Papłoński, who introduced changes contributing to the development of this institution.

In 1865, thanks to him, a project was implemented to establish a farm where deaf people from the countryside could train in farm work.

In 1919 a kindergarten for deaf children was established, and in 1934 - a basic vocational school for the deaf. The alumni of the Institute received professional and general education. They showed a patriotic attitude many times, taking part in the school strike in 1905, and in 1944 29 deaf people fought in the Warsaw Uprising as part of the 1107 Platoon of the Home Army.

During the Warsaw Uprising, a cemetery was established in the courtyard of the Institute. On October 26, 1944, the Germans set fire to the building. The reconstruction was completed in August 1948.

In 1983, the Institute was named after its founder, Father Jakub Falkowski. The center provides pre-school, elementary, junior high and high school education, as well as individual tuition. The pupils benefit from speech therapy, psychological and pedagogical care. Polish sign language courses are organized for parents of deaf children.