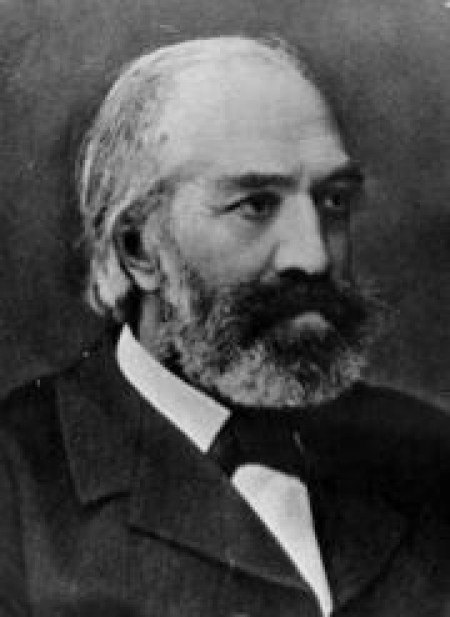 Ernst Sokolovski was born on February 8, 1833, in Roopi Church Manor, Latvia, as the son of teacher Georg Sokolovski.

On May 26 (June 5, according to the new calendar), 1863, Sokolovski met a deaf boy for the first time. This happened when, after the service, Vändra's teacher Sokolovski and his wife sat on the steps of the church manor and heard the child squeak. There came Hans Keres, son Mart. The boy tried his best to get rid of his father. Sokolovski marveled at the detained child in his father's hand. Hans argued that Mart did not care about his father's prohibition and order because he was deaf and had brighter legs. Sokolovsky's heart told him: he must also teach the deaf.

Ernst began to study carefully the German literature on the teaching of the deaf and took part in classes in a manor near Tartu, which was given by The Hague, a deaf educator from Germany. Having thus become acquainted with the way in which the deaf were taught, in 1864 he took the boy and another Kurdish child living nearby to the manor and taught them to speak and write daily. Mart Keres and Kai Loorents were the first Kurds taught to speak in Estonia.

Teacher Sokolovski invited the members of the congregation to see and listen to how one deaf child had learned to speak, write and calculate well with him in one year after the service. A number of people saw a 13-year-old boy from the Vändra congregation, who was born deaf and without a tongue, uttering in a very audible and beautifully clear way what he saw on the picture in front of him, understood the speech and wrote down what was told to him.

The officials and Livonian synods asked Sokolovski to expand his work and establish a school for the deaf. Johannes Eglon, 30, was invited to Ernst Sokolovski on the recommendation of the director of the Valga School Teachers' Seminary. Under Sokolovsky's leadership, Eglon learned how to teach the deaf. Soon a school for the deaf was built near Vändra Church, which after its first benefactor was called the "Gotthard School". Vändra's teacher Sokolovski handed over the key to the new schoolhouse to Eglon, who then opened the schoolhouse door and entered with the children and escorts. With this, the Vändra School for the Deaf was opened on December 11 (December 23, according to the new calendar) in 1866.