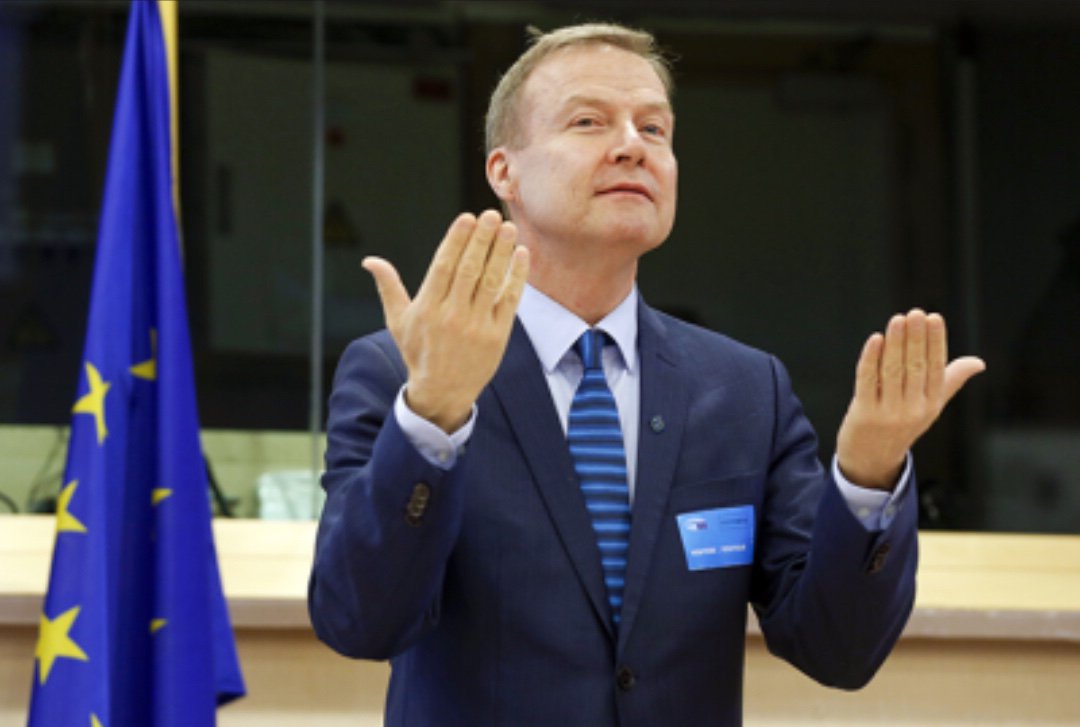 His major goal with the EUD is to strengthen EUD and work on strengtening EU citizenship of deaf people through using EU and other international instruments including UN CRPD.

Markku Jokinen was born in 1959 in Jämsänkoski, Finland. He earned his M.A. in Education, Certified Teacher of Comprehensive School, from the University of Jyväskylä in 1991, became a Certified Teacher of the Deaf in 1992, and did postgraduate work in Linguistics, Psycholinguistics, and Sign Language Linguistics at the University of Rochester from 1992-93. He is currently pursuing a doctorate. In 2012, he received an honorary Doctor of Laws degree from Gallaudet University.

He served as President of the World Federation of the Deaf from 2003 to 2011, participating in the historic ICED 2010 in Vancouver that offiicially repudiated the resolutions adopted at the second ICED (the infamous 18890 Congress of Milan, which sought to banish sign language from the classroom, replacing it with Pure-Oralism).

He is currently President of the Finnish Association of the Deaf, and advocating for Finland's signing of the UN Convention on the Rights of Persons with Disabilities, which is still unratified there (and was outvoted in the USA last year here).