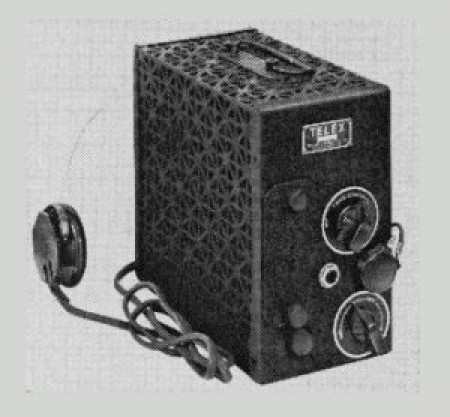 1898: Invention of the electrical hearing aid

The first electronic hearing aids were constructed after the invention of the telephone and microphone in the 1870s and 1880s. The technology within the telephone increased how acoustic signal could be altered. Telephones were able to control the loudness, frequency, and distortion of sounds. These abilities were used in the creation of the hearing aid.

The first electric hearing aid, called the Akouphone, was created by Miller Reese Hutchison in 1898. It used a carbon transmitter, so that the hearing aid could be portable. The carbon transmitter was used to amplify sound by taking a weak signal and using electric current to make it a strong signal.

While a student, Hutchison hoped to benefit a friend, Lyman Gould,  who was deaf and mute from a childhood bout with scarlet fever. He and Gould frequently travelled the Mobile Bay Steamboats and Hutch noticed that his friend could not hear even the very loud steamboat whistles.  To help his friend, he studied hearing at Alabama Medical College  and laboured for four years researching and developing a device.  His efforts led to the invention of the first portable electrical hearing aid, which he called the “Akouphone”.

Hutchison obtained a patent for this device in 1895 and succeeded in improving Gould’s hearing, but his friend never succeeded in mastering speech. 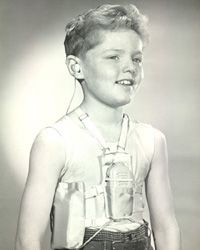