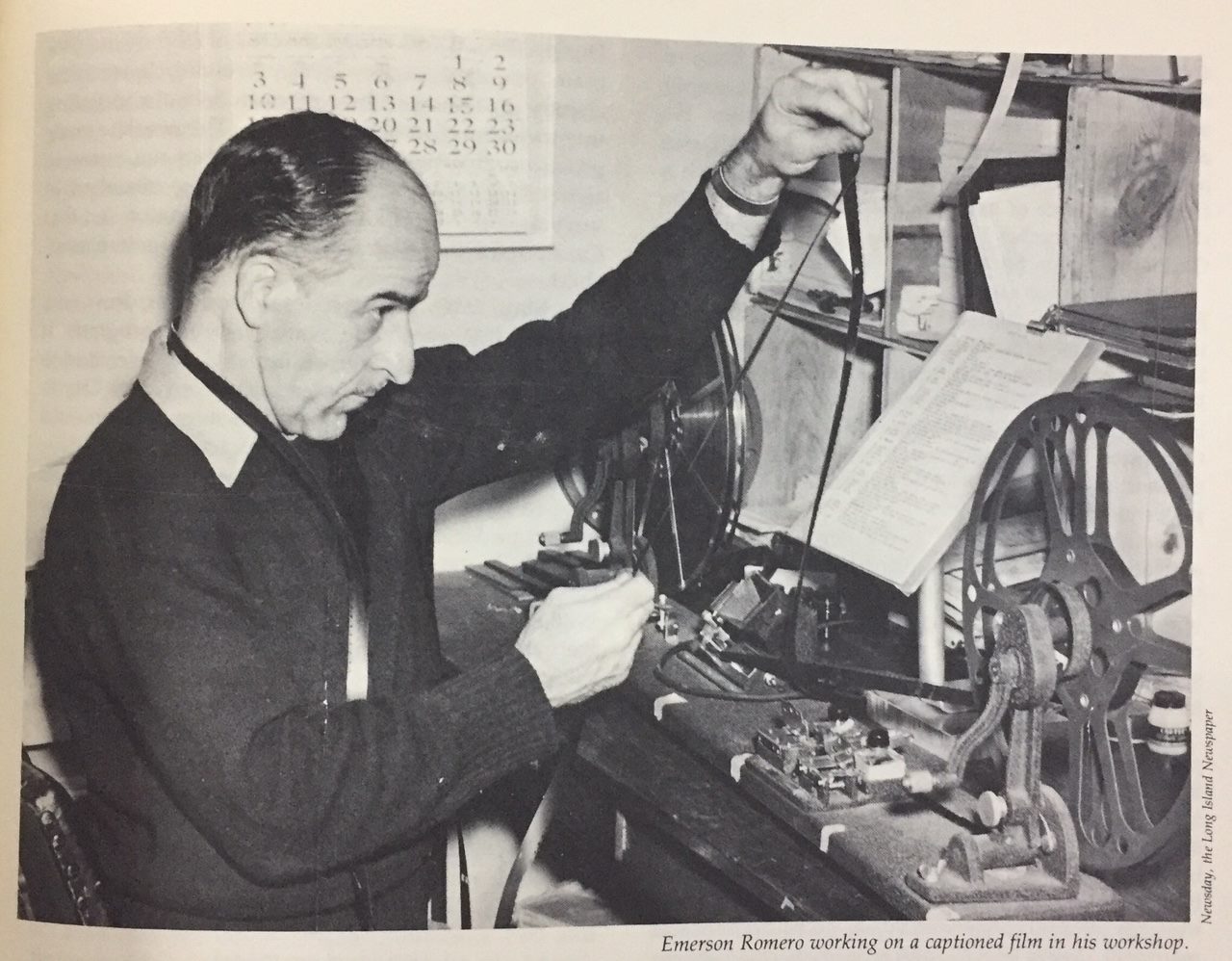 Emerson Romero (August 19, 1900 – October 16, 1972) was a Cuban-American silent film actor who worked under the screen name Tommy Albert. Romero developed the first technique to provide captions for sound films, making them accessible for the deaf and hard of hearing; his efforts inspired the invention of the captioning technique in use in films and movies today.

From 1926 to 1928 Romero appeared in more than 24 two-reel short comedies, including Beachnuts, The Cat's Meow, Great Guns, Hen-Pecked in Morocco, Sappy Days, and a remake of Tillie's Punctured Romance. At the request of his film distributors, who wanted him to have a "more American-like" name, he changed his name to Tommy Albert.

Romero did all his own makeup and stunt work and worked with actors such as W. C. Fields.

Romero became active in the deaf community in New York City and along with friends John Funk and Sam Block started the Theatre Guild of the Deaf in 1934. The theatre company lasted for twenty years; Romero acted and directed in multiple plays throughout the years.

Always looking for ways to help the deaf community, Romero bought several films and experimented with providing captions. In 1947, Romero developed the first captioning for a movie, slicing film strips and inserting images with captions between picture frames. The effect was similar to the title cards of silent movies, interspersing action scenes with images of text. He rented the films to deaf schools and clubs.

The films were of bad visual quality, in an attempt to prevent bootlegging; in addition, Romero's technique ruined the soundtrack of the film for anyone who was able to hear. However, his efforts were noticed by others, including Edmund Burke Boatner, the superintendent of the American School for the Deaf, who would create more practical methods of captioning and would co-found the U.S. government-funded Captioned Films for the Deaf program.

Romero would go on to create and sell the Vibralarm in 1959, a vibrating alarm clock for deaf and hard of hearing people; he sold an entire product line of items for the deaf such as doorbells, smoke detectors and baby alarms.