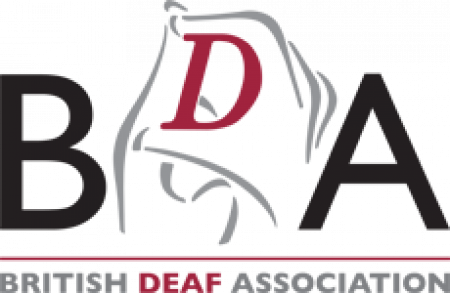 The BDA’s formation followed the failure of an 1889 Royal Commission on the education of deaf children to consult Deaf people, after which an article, also in the magazine Deaf Mute, urged Deaf people to unite in defence of their own interests.  Four determined Deaf men, including the BDA’s founder Francis Maginn, organised the “National Conference of Adult Deaf and Dumb Missions and Associations” at St. Saviours Church for the Deaf, London, in January 1890.  The conference's purpose was to consider the formation of a national society to “elevate the education and social status of the Deaf and Dumb in the United Kingdom” and resulted in the BDA being formed later that year.

The 1890 conference was also a belated response to an international congress held in Milan ten years earlier, attended mainly by hearing teachers of deaf children, which passed a resolution banning the use of sign languages throughout the world. Enthused delegates returned home from all over Europe to weed out Deaf teachers, to eradicate the use of sign language in schools, and to cut down classes to sizes that could be managed by hearing teachers.

The BDDA was subsequently founded at a time of intense controversy about the use of sign language and finger-spelling in the education of deaf children, and about the exclusion of Deaf people from national decisions that affected their lives.  In a world dominated by hearing people, hearing people acted on behalf of Deaf people, but they did not represent their true interests or share their aspirations.

The BDDA removed the world “Dumb” from its title in 1971 to become the BDA.  At this time it was still an entirely voluntary body, but in the following year, the newly-styled BDA appointed its first salaried General Secretary, Allan Hayhurst.   Under his leadership, the BDA started to provide a number of community-based services and began to promote its beliefs more publicly, especially its commitment to Total Communication.  This meant the use of all available means of communication such as Sign Language, finger-spelling, lip-reading, amplified sound, writing, mime & gesture, and speech.

Following the re-appraisal of the BDA’s role at its 1980 Congress, the BDA also turned its attention to mobilising the support of the hearing community.  Its aim was,  and still is, to develop greater understanding throughout the UK of what deafness means, and to fundraise for its community development and campaigning programmes."