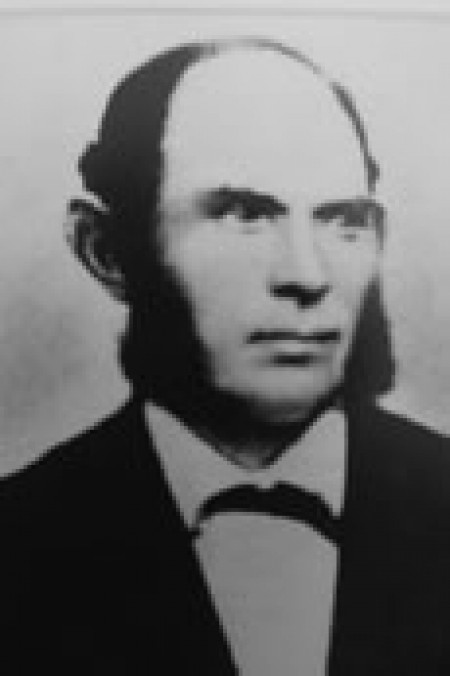 1867: First School for the Deaf in Iceland, Páll Pálsson

Iceland was part of the Kingdom of Denmark until 1918. Until the first Icelandic teacher, Rev. Páll Pálsson, was employed in Iceland in 1867, Icelandic deaf children attended a school in Copenhagen.

The first school for the deaf was founded on September 4th 1867 when  Rev. Páll Pálsson was appointed the teacher of the deaf. He took „mute“ students into his home and taught them using finger-spelling and gestures.

Páll used the Danish manual alphabet because he had been educated in Denmark himself. It can be assumed that at this time Icelandic Sign language started to develop amongst the students.

In 1874, Pálsson outlined his objectives for teaching his students in a newspaper article. He wanted his students to be able to express their thoughts and be understood through writing, finger language and pointing, and did not care about speaking Icelandic or lip reading.

In 1922, the Danish Mouth-Hand system was adopted as the new teaching method, with the objective of having the students speak and understand speech augmented with finger spelling and signs. A change was made in 1944 to the educational system and Oralism was adopted. All signing was banned in the classroom because the sole objective of Oralism was to teach the students to speak and understand Icelandic.

In the early eighties, new principal Guðlaug Snorradóttir introduced a new teaching method called Total Communication to the Deaf School. The Total Communication method involved using multiple methods for communicating, including the manual alphabet, signs, gestures, lip-reading, and writing. This was not teaching Icelandic Sign Language as they only taught single signs and no grammar.

The main objective of the school remained teaching the students to speak and understand Icelandic. The teachers at the school did not know Icelandic Sign Language, and so the students could only communicate with them through speaking.

Berglind Stefánsdóttir was appointed as the first deaf principal of the Deaf School in 1996. It was during her term that bilingualism became the objective for students.

In 2002 the Deaf School was merged into the hearing school, and while bilingualism was still promoted, the deaf children were still being taught with techniques developed for hearing children. Icelandic Sign Language has only a marginal role in the classroom.