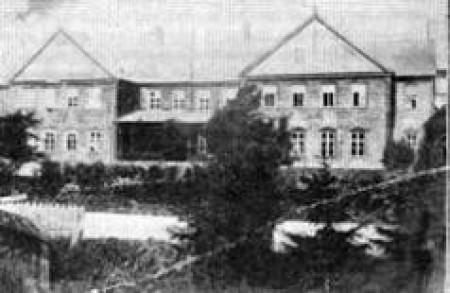 1866: First School for the Deaf in Vändra, Estonia

"For centuries, it has been thought that deaf people are stupid because they could not speak properly. No one knew sign language, nor was it understood to be a real language (M. Woolley 2000, 8).

The first data on deafness and the teaching of the deaf in Estonia date back to the 17th and 18th centuries. They are related to the University of Tartu (Academia Gustaviana). Namely, it was completed here in 1645. under the supervision of Professor Johannes Eric Laurentius Emzelius' book “Disputatio physica de sensibus in genere et de auditu in specie…” (About the mind in general and hearing in particular…).

In March 12, 1709, Heinrich Niederhof, Professor of Speech and Poetry at the University of Tartu, visited Pärnu during the war. He was the chief inspector of Pärnu schools and at the same time the chief pastor of St. Nicholas Church, where he also gave sermons in Estonian. During the visit, the professor told the Chief Inspector, among other things, about his work in teaching the deaf. The professor claimed that he had benefited greatly from the book “Surdus loquens” by the Dutch physician Johann Konrad Amman, which is considered to be the first source on teaching the deaf in Estonia.

Pastor Ernst Sokolovski was a relatively progressive man of his time. He not only took care of the religious side of the members of his congregation, but also tried to help raise their economic and educational level. Sokolovski often stayed abroad and got acquainted with the organization of school there during these trips. It is known that at that time 33 school-age deaf people lived in Pärnu parish. It is likely that Pastor Sokolovski came into contact with deaf children while inspecting schools and visiting the homes of church members.

It can be assumed that from these contacts and the phenomenon abroad, Pastor Sokolovski had the idea to start teaching deaf children in Estonia as well. This required a corresponding school, the establishment of which was decided in the affirmative.

The initial capital for the construction of the schoolhouse was the estate of Baron Krüdener - 1000 rubles. To this was added fundraisers through the congregation. They were not enough to complete the school building, and the missing money was taken into debt, which was only repaid over the years. The area between the Paide and Viljandi roads leaving Vändra was chosen as the location of the school building. This land belonged to the landlord von Ditmar and had to be rented from the landlord (100 years of the Estonian School for the Deaf 1966, 6).

In 1866, under the leadership of Pastor Ernst Sokolovski, a school for the deaf was opened in Vändra. (Kotsar, Kotsar 1997, 9).
Vändra School for the Deaf started teaching with 9 students. The school course lasted 7 years. The first of the subjects was religion. Arithmetic, grammar, geography, science, drawing and work were also taught. As religious education had an important place in the school, the school course also ended with a camp (100 years of the Estonian School for the Deaf 1966, 14).

The definite oral (oral) teaching, which was influenced by Germany, dominated in Estonia until the middle of the 20th century (R. Toom,  http://www.ead.ee/ uuringimustööd / Linguistic variability of the deaf in communication).

“Rehkenduse” class at Vändra School for the Deaf in 1922.