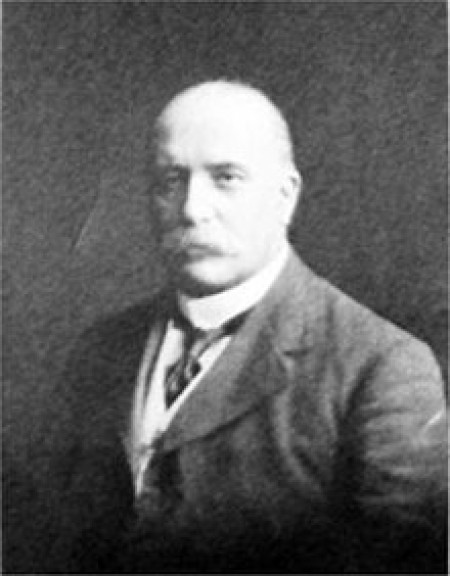 Francis Maginn was born in Mallow, County Cork, Northern Ireland, in 1861. At the age of 5, he became deaf that year due to scarlet fever. His parents sent him to the Royal London Asylum for the Deaf and Dumb.

Maginn excelled at school and was offered a junior teachership at 17 in the Royal London Asylum's Margate Branch. He kept this position for five years, returned to Ireland for a year, and then went to the National Deaf-Mute College (later known as Gallaudet University) in Washington, DC.

The move from Ireland to America had a profound effect on Maginn, who felt he now had the ability to achieve a higher level of attainment. He spent three years at Gallaudet.

Leaving Gallaudet, Maginn felt that the British approach to deafness was one of injustice, and that his life's work would be to enhance the quality of life for deaf in the United Kingdom.

In January 1890, a national conference for the deaf was held in St Saviour's Church for the deaf in London. Here, Maginn presented his views for improving the deaf education system in Britain. He proposed forming a national association for the deaf, and said that the American Combined Method education system, which incorporated fingerspelling, Signed English and lip-reading (the manualism approach), which gave access to English as a written language and spoken language, where possible.

Maginn also spoke about the need of an organised association that would command respect and watch other the interests of the deaf people in Britain, whether these interests be educational, moral or social.

It was agreed that there should be a national association representing the deaf community in the British Empire. The Association championed the use of sign language in deaf schools rather than pure oral systems.

There were concerns over two elements:

1. the name of the new association; and

2. the criteria for membership.

First, instead of the "National Association for the Deaf," the name of "British Deaf And Dumb Association." was chosen. Though it was pointed out that the word "dumb" was no longer in use in America, the term was not removed from their title, BDDA, until 1970.

Secondly, though Maginn wanted only deaf people to become members, a steering group said they would allow hearing members who took an active interest in the welfare of the deaf, provided they were proposed by five deaf people.

Maginn hotly disagreed with this decision, objecting to the idea of the "benevolent paternalism" of the hearing friends of the deaf.

The membership admission criteria were heavily discussed and it was agreed that:

Persons who can hear taking an active interest in the welfare and education of the deaf and dumb, shall be eligible for admission to ordinary membership on the recommendation of five ordinary members of the association.

The British Deaf Association didn't have a deaf chair until the appointment of Jock Young as their first Deaf chair in the 1980s and their first deaf chief executive Jeff McWhinney was appointed in the 1990s.

Maginn gradually withdrew from the Association and concentrated his energy on the Ulster Institute for the Deaf.