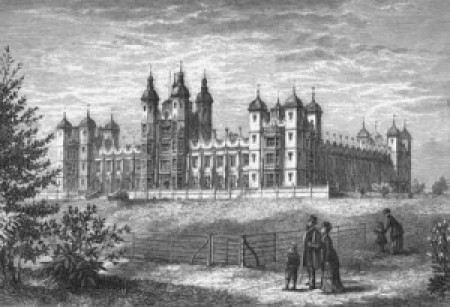 1760: First School for the Deaf in the UK, Edinburgh

Thomas Braidwood, a teacher from Edinburgh, founded 'Braidwood's Academy for the Deaf and Dumb' in 1760 which is believed to be the first school for deaf children in Britain. The school primarily taught oral communication methods, as described by Francis Green - whose son attended the Braidwood school - in the anonymous treatise Vox oculis subjecta.In this account, Green describes how his son Charles would surely develop "a perfect acquaintance with language both oral and written", and how deaf pupils were given "a tolerable general understanding of their own language [English] so as to read, write, and speak it, with ease". Green also describes Braidwood's views of spoken language:

Mr Braidwood hath frequently intimated to me, as an opinion founded upon his experience in this art, that articulate or spoken language hath so great and essential a tendency to confirm and enlarge ideas, above the power of written language, that it is almost impossible for deaf persons, without the use of speech, to be perfect in their ideas.

Joseph Watson was trained as a teacher of the deaf under Thomas Braidwood. He eventually left in 1792 to become the headmaster of the Asylum for the Deaf and Dumb in Bermondsey. He described his teaching methods in detail in his book, On the Education of the Deaf and Dumb (1809), where he opposed the use of signed versions of spoken language such as the Signed French used in the Paris school. The book contains lists of vocabulary and plates designed to encourage a child to acquire an understanding of written and spoken language.

(source of the image: https://www.cityandcountry.co.uk/history-of-the-playfair-at-donaldsons/)