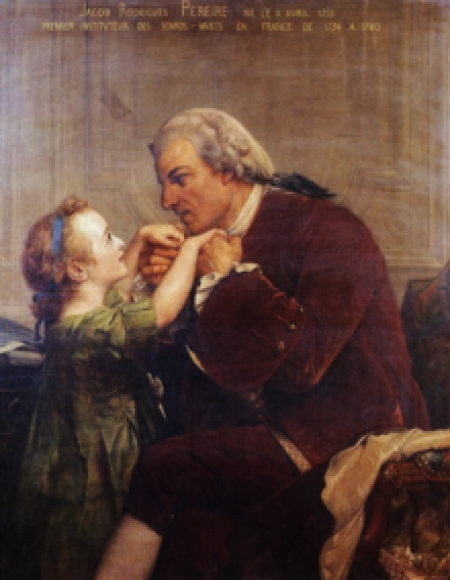 Pereira is credited with being the first teacher of deaf students in France . He offered two "courses of education" at his school in Bordeaux: to the poorer and more numerous students he gave a 15-month course designed to teach life skills. The wealthier and brighter students stayed four to five years and received a better education.

Pereira's methods were based on the notes of Juan Pablo Bonet . He also developed a faster finger phonetic alphabet that better illustrated the sounds of the language. Otherwise, Pereira did not reveal anything about his methods. His motto is said to have been: "There will be no more deaf and mute people, only deaf people who can speak".

Pereira's students are said to have had considerable hearing leftovers and some became successful and well-known under Pereira's methods, including Azy d'Etavigny , who had previously been taught by the deaf monk Etienne de Fay (1669-1749), and who Pereira taught him how to speak then successfully presented at the court of Paris in 1749 as proof of the effectiveness of his methods.

However, Pereira did not achieve the fame and success that the Abbé de l'Epée had during his lifetime with his sign language -oriented methods.