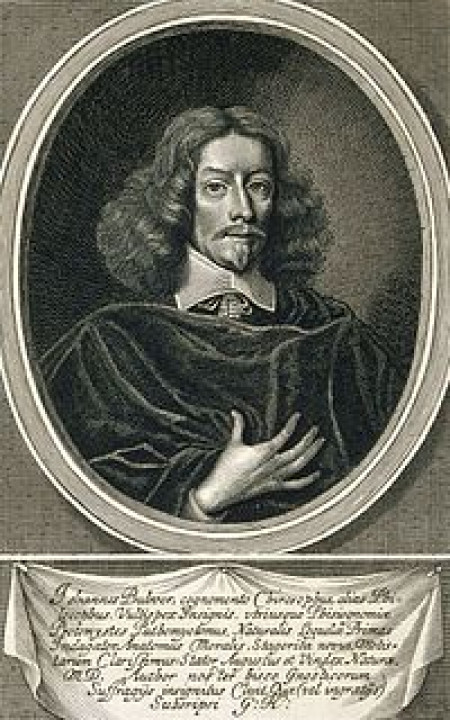 John Bulwer was an English physician. He was born in London in 1606 and continued to work and live in the city until his death in October 1656.

He is known as the first person in England to propose educating deaf people.

The book Chirologia is often cited as Bulwer’s link to later Deaf studies because it focuses on hand gestures which have come to be seen as the domain of deaf communication. In fact the book only mentions the deaf in passing.

Bulwer believed it was Nature's recompense that deaf people should communicate through gesture, "that wonder of necessity that Nature worketh in men that are born deafe and dumb; who can argue and dispute rhetorically by signes" (page 5). The handshapes described in Chirologia are still used in British Sign Language.

Bulwer does mention fingerspelling describing how "the ancients did...order an alphabet upon the joints of their fingers...showing those letters by a distinct and grammatical succession", in addition to their use as mnemonic devices Bulwer suggest that manual alphabets could be "ordered to serve for privy ciphers for any secret intimation" (Chironomia, p149).

In another of Bulwer's publications, Philocophus, he is the first person in Britain to discuss the possibility educating deaf people. The novelty of the idea, and seeming impossibility, is shown when Bulwer tries to persuade "some rational men" to support the establishment of a "new Academy", to them "the attempt seemed paradoxical, prodigious and hyperbolical; that it did rather amuse than satisfy their understanding" (from the introduction). To persuade these "knowing men" of "the philosophical verity of this Art" (the education of the deaf) he sets out in this volume to explain the theory and empirical evidence for its possibility.