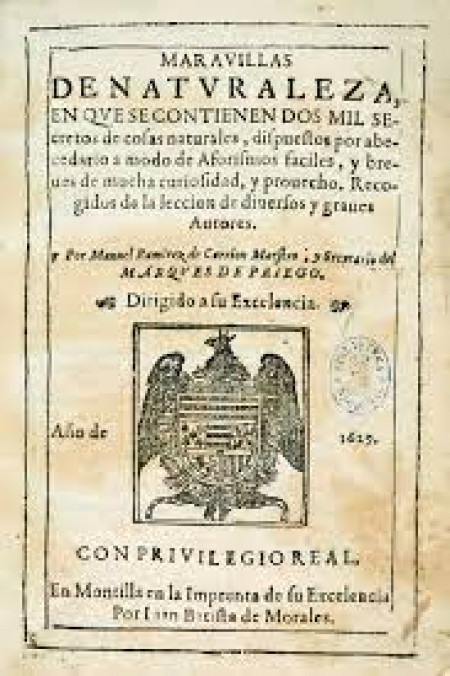 Manuel Ramírez de Carrión, was the teacher and pedagogue of a few and select deaf (“mudos ”, in the saying of the time) belonging to noble families of 17th century Spain.

De Carrión wrote the book "Wonders of Nature", which was first published in Madrid in 1599. It contained "Two Thousand Secrets of Nature" presented in alphabetical order.

It was here that Carrión first developed the idea, which was revolutionary at the time, that "deaf-mutes" are only deaf and do not produce any sounds because they cannot hear them themselves. It is therefore possible with a special technique to teach them to speak. What this technique consisted of, however, was not revealed in the book.

It is believed that by keeping his methods secret, de Carrión tried to keep the price for his achievements high. However, these were plagiarized in 1620 by Juan Pablo Bonet , who lived as secretary in the household of de Velasco y Tovar, in "Reducción de las letras y arte para enseñar a ablar los mudos" as his own work.