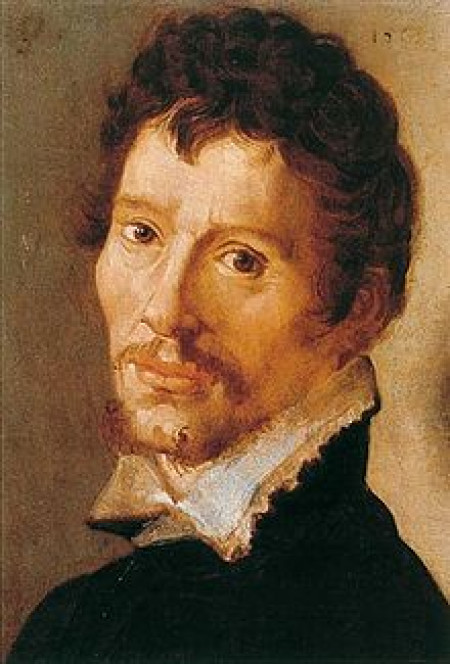 Juan Fernandez de Navarrete was born in the beautiful town of Navarre, Spain near the mountain range of the Pyrenees. He was called El Mudo (the mute) since childhood. He lost his hearing at the age of three and never learned to talk.

Juan's amazing drawings skills became evident when he began communicating his needs by drawing them out with charcoal on paper. The young artist never allowed his disabilities to hamper his dreams or ambitions and allowed his art to become his voice.

Like many Spanish painters he journeyed to Italy to soak up the rich traditions of painting and culture.  Navarrete spent several years studying under Italian Master Titianin Venice.

In 1568 he was selected to become the official court painter to monarch Philip II of Spain. Once in Spain the majority of his career was spent working on altarpieces for the Escorial.

The paintings of Navarrete are rare. He was prolific but several were burned, lost or simply painted over by lesser artists. Navarrete major art-works were Nativity, Abraham and the Three Angels, andBaptism of Christ, 1568, now at the Museo del Prado in Madrid, Spain. He became known as the Spanish Titian and died in Toledo. 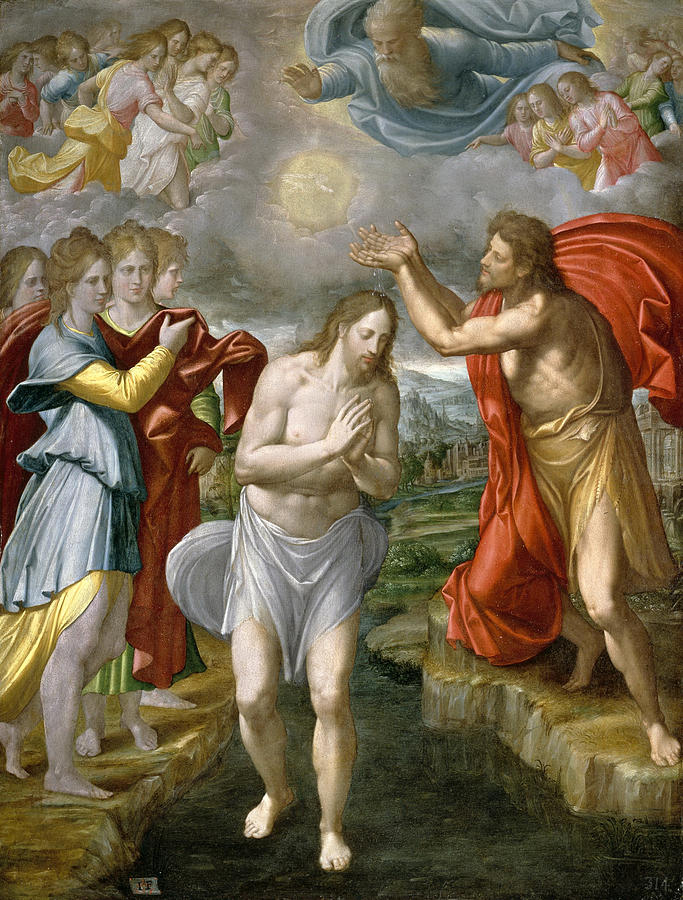 The scene depicts the establishment of baptism as a sacrament, when Christ stands in the River Jordan and his cousin, St. John the Baptist, pours water over his head as a purifying ritual. Then God the Father appears in the heavens and pronounces that Christ is his son.