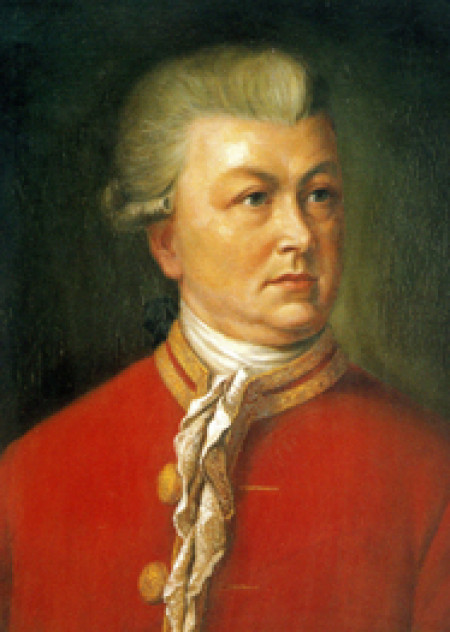 "Samuel Heinicke was born April 14, 1727, in the part of Europe that is now the eastern part of Germany. In 1754, he began tutoring students—and one of them was deaf. This deaf student reportedly was a young boy. He used the manual alphabet to teach that deaf pupil.

At first, Heinicke used only writing, sign, and gesture to teach but soon he felt that was not enough and he began using speech and lipreading to teach. He taught speech by having students feel the throat. Heinicke felt strongly that having access to spoken language was critical to the development of the thought process. Ironically, though, he had to use sign language and gesturing until his students succeeded in learning to talk.

Twelve years after opening the school, he died and his wife took over running the school. Long after his death, Heinicke was honored by East Germany in 1978 on a postage stamp."