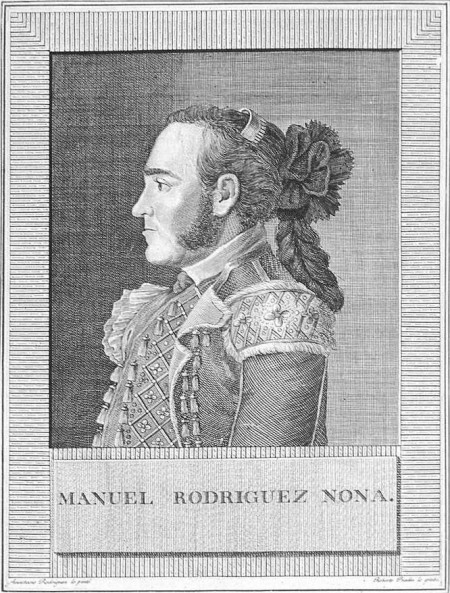 Deaf from birth, Prádez y Gautier was tutored by his own hearing parents, Pierre Prádez and María Gautier. After her untimely death, Prádez enrolled at the age of 16 in 1789 at the Academy of Fine Arts of San Carlos in Valencia to later work as a painter. In 1797 Prádez went to Madrid to study at the Academy of San Fernando , whose honorary president and previous president was Francisco de Goya , who has since become deaf . He succeeded there, won a competition. His artistic success only lasted until 1801, but until 1804 he received a scholarship .

In May 1805 he turned to the "Royal School for the Deaf and Mute", which was newly founded in January of the same year, and offered his services as a teacher for reading, writing or drawing. The school staff were very pleased about the aspirant, who had the same “physical well-being” as the students. Since the king refused a subsidy because of a lack of funds, Prádez taught for several years without fixed pay.

Both Prádez and the students, whose lot he shared, suffered great hardship during the Spanish War of Liberation from 1811 to 1814. Prádes submitted petitions for donations for clothing, but achieved nothing. Together with his students, Pradez had to move to the poor house in 1812 and ultimately also go begging, some of his students died of diseases and malnutrition .

In 1814, after the French were expelled from Spain, the school was re-established and Pradez and his surviving students were given a new home there.

In 1815 Prádez married Modesta Sierra. As a result of the multiple changes of government, multiple investigations were carried out on the loyalty of the royal employees, which Pradez survived after some difficulties due to contradicting statements with the "clean wash". Prádez remained a teacher at the Royal School until his death on December 7, 1836.