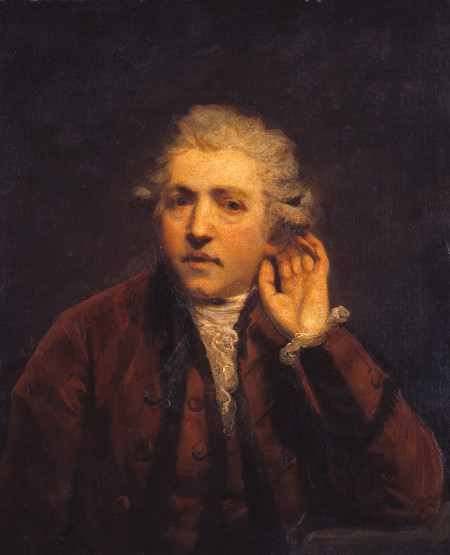 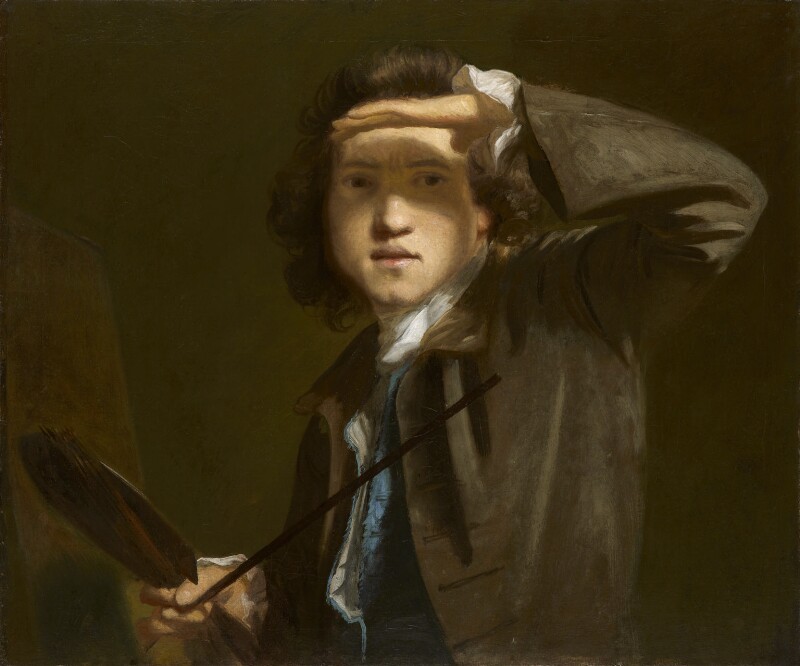 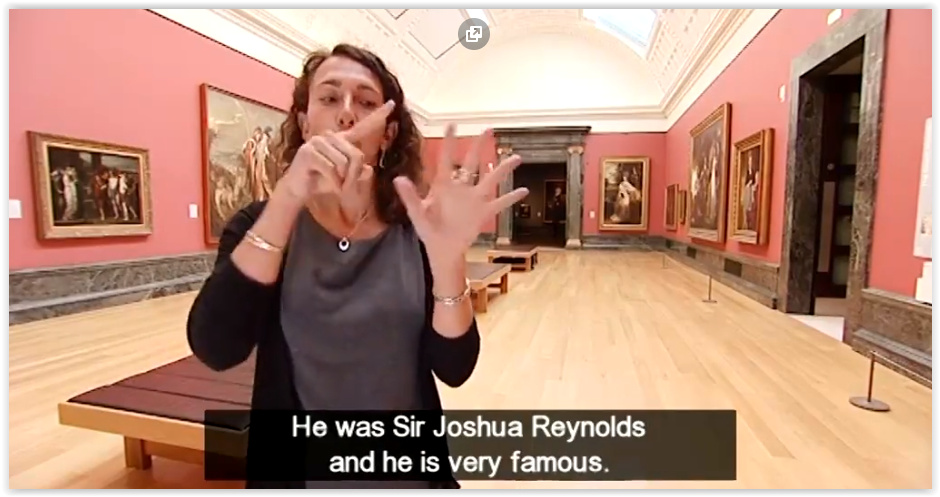 BSL Zone (click on the picture to see the video)

Sharon Hirshman tells us about the life of the Deaf painter Sir Joshua Reynolds, played here by Deaf actor John Wilson. Influenced by a European style, Reynolds changed the direction of English art. At the age of 17, he became an apprentice to the portrait artist Thomas Hudson.

When he became deaf, he first used an ear trumpet then later had to rely on his family to relay information for him. In the most famous painting of him, he is cupping his ear, showing his deaf identity. Hirshman explains how Reynolds later believed his deafness improved his work.