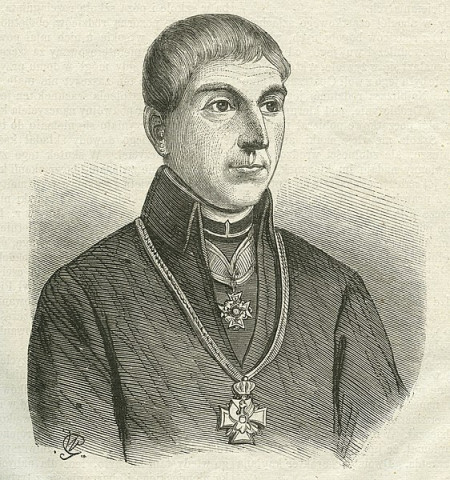 In 1800 he was ordained a priest by Onufry Szembek. As a priest, he became a teacher in schools in Łomża, Drohiczyn and Szczuczyn, where he met a deaf and mute seven-year-old boy - Piotr Gąsowski.

He became interested in educating the deaf. In the years 1803–1804 he studied pedagogy of the deaf in Leipzig. After his return, developing the German method of Heineke, he taught his student to "read the lips".

He presented his teaching results in 1809 at the Society of the Friends of Sciences. In 1815 the Directorate of National Education entrusted him with establishing the Institute of the Deaf, the first school in Poland educating deaf children.

After a one-year research stay in Vienna, on October 23, 1817, he opened an institute in two rooms of the Kazimierzowski Palace. The next seat was in Krakowskie Przedmieście at 391 (according to the then numbering).

In 1820 he was appointed by the metropolitan of Warsaw, Szczepan Hołowczyc, to the position of the parish priest in Solec. This allowed him to obtain additional funds for the activities of the institute.

In 1822, the emperor and Polish king Alexander I visited the facility. Thanks to the emperor's donation from the state treasury, a total of 124,000 zlotys. Falkowski built the facade of the building at 1737 Wiejska Street, and rebuilt the outbuildings into workshops. He was the rector of the institute until 1831.

He died on September 2, 1848. His remains were placed in the church of Saint Alexander in Warsaw.