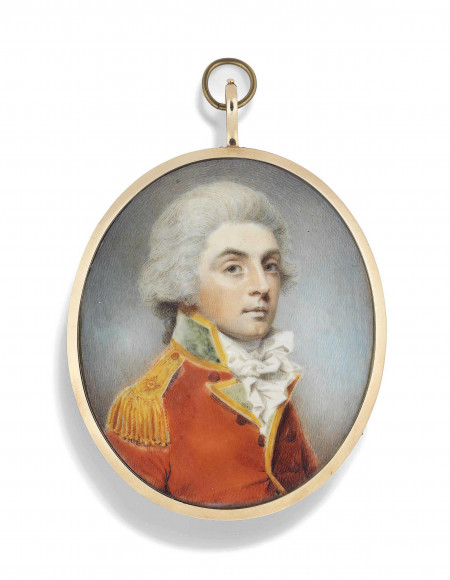 Charles Shirreff was born in either 1749 or 1750. His last name has, at times, been spelled as Sherrif, Sherriff, or Shirref.

His father, Alexander Shirreff, was a wealthy wine merchant of South Leith in Edinburgh. At the age of three or four, Shirreff became deaf and mute. In 1760, his father approached Thomas Braidwood, owner of a school of mathematics in Edinburgh, seeking an education for the boy, then ten years old, in the hope that he could be taught to write.

At the age of 18, in August 1769, Shirreff left Braidwood's Academy to study art in London at the Royal Academy Schools. He graduated in 1772 with a silver medal, and took up a career as a miniaturist."