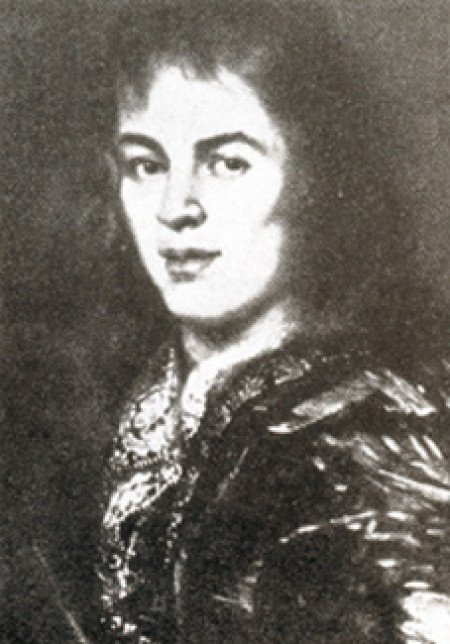 Hearing. Born at Schaffhausen, Switzerland; moved to Holland and practiced as a physician.

Became a teacher of the deaf around 1690 when a deaf girl, Esther Collader, was brought to him; he succeeded in teaching her to speak.

Amman strongly believed in oral techniques using lipreading and articulation teaching. His process consisted principally in exciting the attention of his pupils to the motions of his lips and larynx while he spoke, and then inducing them to imitate these movements, until he brought them to repeat distinctly letters, syllables and words.

He published two books on his method, Surdus Loquens (1692) and Dissertation de Loquela (1700). His writings had much influence on later European deaf education, becoming the basis of the later "German system" (i.e., oral-only education).

He died in 1724 at Warmond, The Netherlands. 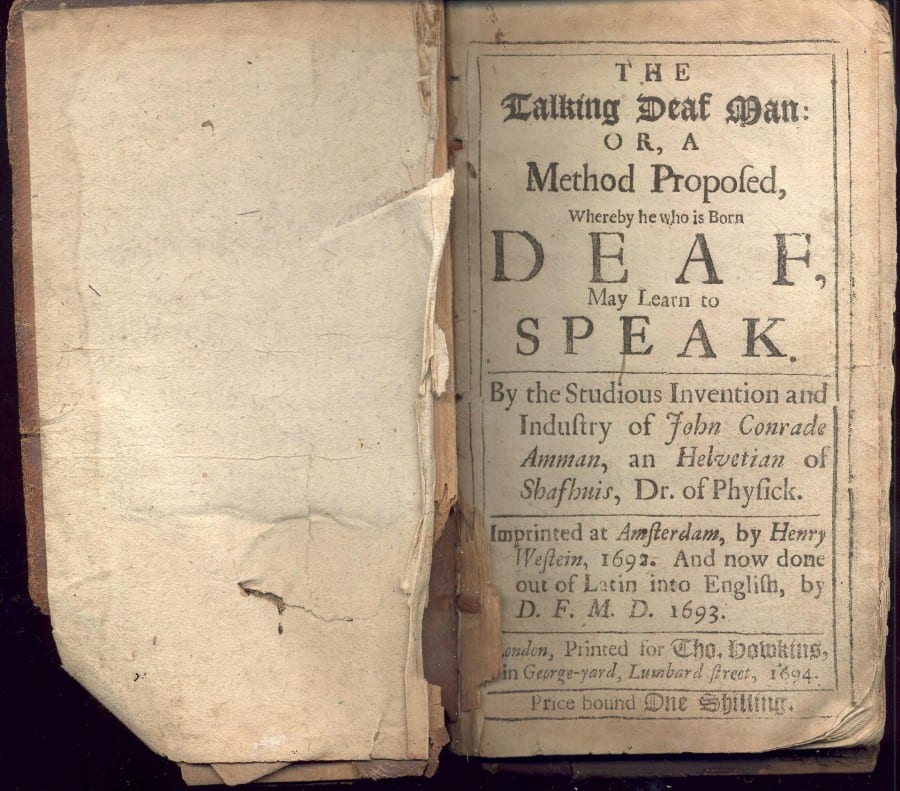 The book, Surdus Loquens, was published in 1692, then translated into English a year later.

The Action on Hearing Loss copy really does have wooden boards, leather covered and with a bite out of the lower right of the front cover.

You can read the whole (short) book on the Project Gutenberg. 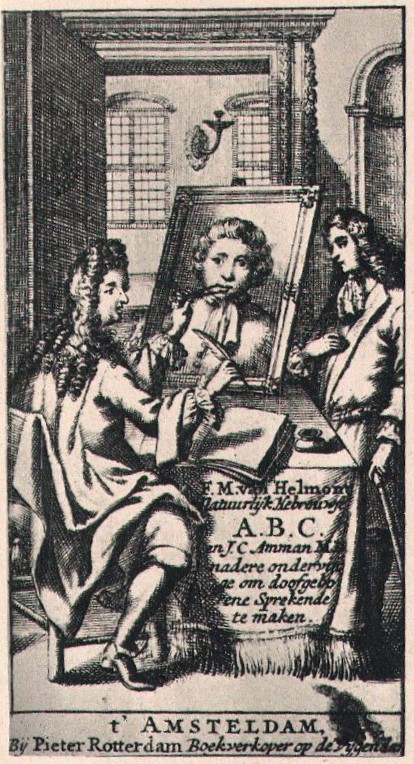