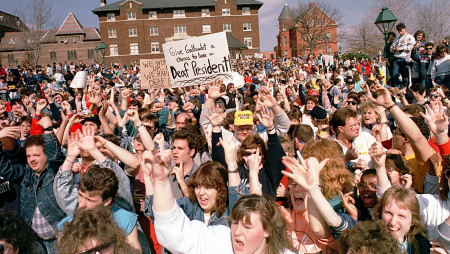 The protest began on March 6, 1988, when the Board of Trustees announced its decision to appoint a hearing candidate, Elizabeth Zinser, over the other highly qualified Deaf candidates, Irving King Jordan and Harvey Corson, as its seventh president.

Gallaudet students, backed by a number of alumni, staff, and faculty, shut down the campus. Protesters barricaded gates, burned effigies, and gave interviews to the press demanding four specific concessions from the Board. The protest ended on March 13, 1988, after all four demands were met including the appointment of I. King Jordan, a deaf person, as university president. 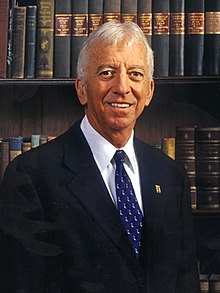