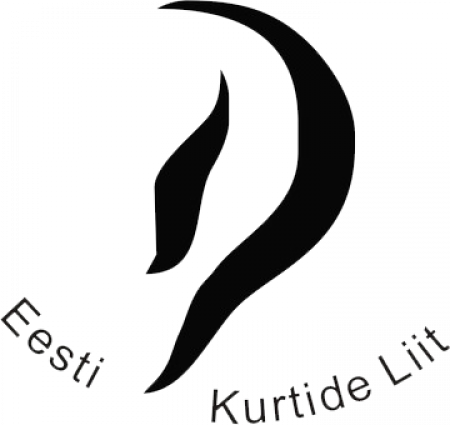 "We, the deaf , have long felt a burning longing for our society, as similar deaf people have had in other countries for a long time. But difficult times and living conditions have made us wait for better times. Now we have the opportunity. We, the three founders, gave deafness on March 21, 1922.

The statutes of the Estonian Society of the Deaf for registration with the Tallinn-Haapsalu Peace Council, which we received on May 22. With this, the Estonian Society of the Deaf has legally entered into force. Our direct task now is to come together and discuss together all the issues we have in our hearts ”(Free Earth 1922). The founders of the society were Karl Luht and Rein Tomson from Tallinn and Eduard Kalm from Võhma. Andrei Yegorov was excluded from the founders

The Estonian Society of the Deaf was founded in Tallinn when the articles of association had been prepared, reviewed and a founding permit had been obtained. The amount needed to establish the company (DEM 14,150) was paid by 82 people. Among them were deaf people from other regions of the country.

On June 18, 1922, the first official meeting of the society took place in Tallinn, in the premises of the city's 1st primary school, Kooli Street 2, which was attended by 64 people. The meeting was opened by Karl Luht and Rein Tomson.

According to the statutes, the aim of the society was "to raise the level of education and morals of the deaf in Estonia and to provide assistance to all the unfortunate in their difficult material condition". In order to achieve this goal, the agency could ,, set up its own home, workshops, outlets for its work, aid, sickness and burial funds, open libraries and reading rooms, organize meetings and speech evenings, sports exercises, organize parties, sales, to undertake collections and open departments within the borders of the Republic of Estonia as necessary ”.