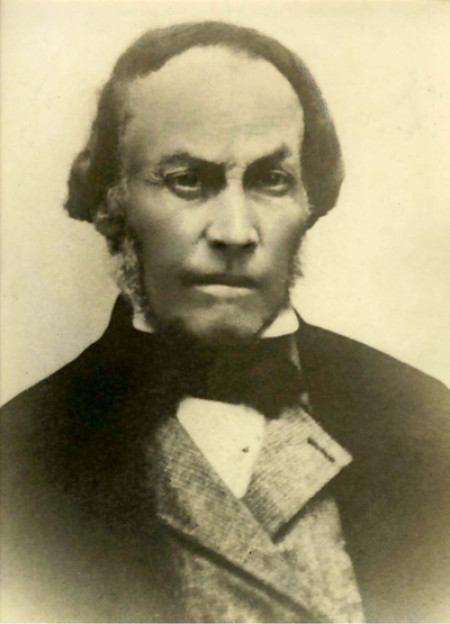 1796 - 1874: Andreas Christian Møller, Deaf Founder of the first school for the deaf in Norway

Translated into English by Google translate:

"Andreas Christian Møller (born 18 February 1796 in Trondheim, died 24 December 1874) was a Norwegian wood turner and deaf teacher who founded the first school for the deaf in Norway. Andreas Møller is therefore considered the «father of deaf education».

Andreas became deaf at the age of 2, and received inadequate schooling growing up, as a consequence of his disability. The nearest school for the deaf was in Copenhagen and bore the name The Royal Institute for the Deaf and Dumb.

There it was taught according to the French method of sign language and writing; it was through sign language that the students were to learn Danish.

With the help of financial support from the poor service in Trondheim, Andreas was able to start at this school in 1810 at the age of 14 years. He excelled in several subjects, and was employed as "Teacher and Repeater for the Elderly Class of Students" by the school's principal, the Norwegian-born doctor and professor Peter Atke Castberg.

n the period 1815-1817 Andreas Chr. Møller mostly stayed at home in Trondheim, where he taught deaf students at home in his parents' house. When in 1817 there was a vacancy at the school in Copenhagen, a message was sent for Andreas. He was encouraged to apply for the position, which he also received. In the period 1817-1822 he worked as a teacher at the school in Copenhagen.

Principal Castberg called on the Norwegian authorities to establish a school for the deaf in Trondheim with Andreas Møller as teacher. He also offered to give advice and guidance. The proposal was well received, and the bishop of Nidaros forwarded it to the Ministry of Church Affairs with his recommendation.

The first school for the deaf in Norway, and the first Norwegian special school in general, was established by royal resolution on 1 November 1824. The school was named Throndhjem's School for the Deaf and Dumb, and came into operation in the spring of 1825.

At the end of the 1830s, there was a pedagogical change. It consisted of the school moving away from the French method in favor of the German one, which had a far greater focus on speech and oral reading. Despite this change, Møller remained at the school until 1855.