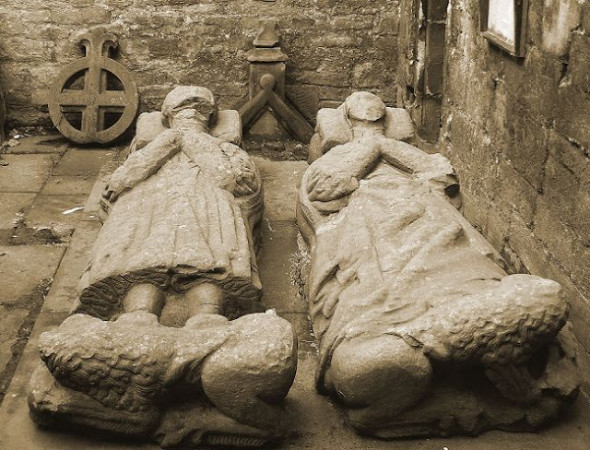 Joan was reported to have used sign language to communicate, even in public (although it was considered at that time to be impolite).

The Earl and Countess of Morton were buried together in the choir of the parish church of St. Nicholas Buccleuch in Dalkeith, Scotland.

Known as the Morton Monument, their tombs are covered with their stone effigies, complete with their armorial bearings. This is believed to be the world's oldest image of a known deaf person. The choir is now in the ruins, leaving the tombs out in the open, where, in a few centuries, the elements have erased their faces.