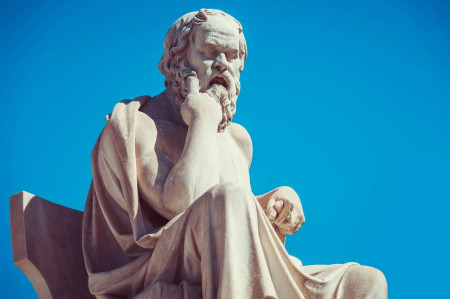 Socrates quoted by Plato in "Cratylus" mentions the deaf who express themselves in gestures movement, depicting that which is light or a higher sphere by raising the hands or describing a galloping horse by imitating its motion.

Socrates was a Greek philosopher from Athens who is credited as one of the founders of Western philosophy, and as being the first moral philosopher of the Western ethical tradition of thought.