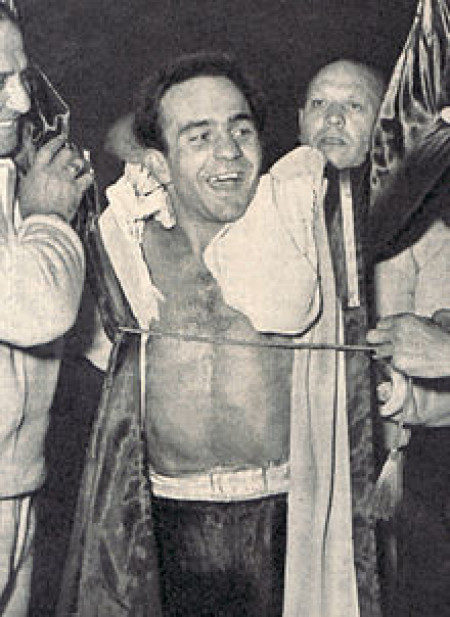 D'Agata was born on 29 May 1926, in Arezzo, Italy. He had a tough childhood as a consequence of his disabilities, the victim of taunting from fellow school children. Feeling the need to prove himself equal, he resorted to street fighting as a way to demonstrate his equality.

D'Agata was one of three children (out of seven) to be born deaf in his family. His parents moved him from Tuscany to Rome at an early age, hoping to find doctors who would cure him.

One afternoon he noticed a poster of a boxer adorning the door to a boxing gym. Upon entering he was enamored with how the boxers practiced their fighting in a polished, stylized way. D'Agata was drawn into boxing from that moment on.

Due to the outbreak of the Second World War, however, D'Agata had to wait until he was 20 years old to fight as an amateur. In 1946, he began an amateur career that saw him win 90 out of 110 bouts.

On 29 June 1956, D'Agata finally received his world title opportunity, when former conqueror Cohen gave him a chance to win the world bantamweight title in Rome. D'Agata made his dream come true by knocking Cohen out in six rounds in front of 38,000 fans, many of whom rushed to the ring the moment the fight was over, carrying D'Agata out of the ring on their arms.

With that win, D'Agata made history as the first deaf world champion of boxing.