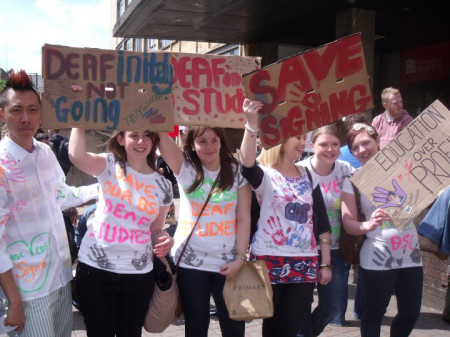 The Centre for Deaf Studies was a department of the University of Bristol, England, in the field of deaf studies, which it defines as the study of the "language, community and culture of Deaf people".

Established in 1978, the Centre claimed to be the first higher educational Institute in Europe "to concentrate solely on research and education that aims to benefit the Deaf community".

The Centre was at the forefront in establishing the disciplines of deaf studies and deafhood. It used British Sign Language (BSL), had a policy of bilingual communication in BSL and English, and employed a majority of deaf teaching staff.

Research at the Centre fell into five areas: the language, linguistics and literature of sign language; acquisition of sign language; community and deaf culture, known as "deafhood"; cognition and psychology; and the applications of technology, such as videotelephony and e-learning.

The Centre was an innovator in education. In 1981, it offered the first university-level certificate course in BSL for professionals. In 1985, it started a diploma course, social science in deaf studies.

This was followed in 1987 by a part-time course in sign language interpretation, which became full-time in 1990.

In 1992, the Centre established the earliest full-time, university-level training programme for Deaf people to be taught in sign language.

In 1993, a Diploma of Higher Education was established, the earliest undergraduate course on deaf studies in the UK, and in 1999, the first BSc and MSc in deaf studies followed.

In May 2010, the university announced plans to close the undergraduate course as part of a drive to save £15 million. The campaign against this focussed on the lack of justice in targeting staff and students with particular needs, and the aggressiveness of the University's approach to the CDS, led by the Dean, Dr Judith Squires. There were accusations that her Faculty saved other units only by sacrificing the CDS. The shutdown of the programme was successful and the last students from the undergraduate degree graduated in 2013. 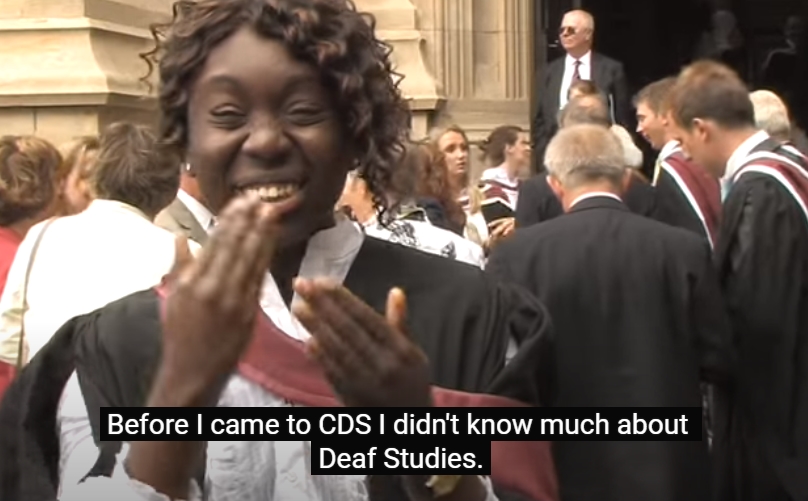 Filmed over 12 months, the film above shows life at the Centre, the University and Bristol for staff and students throughout the 2008/2009 academic year.