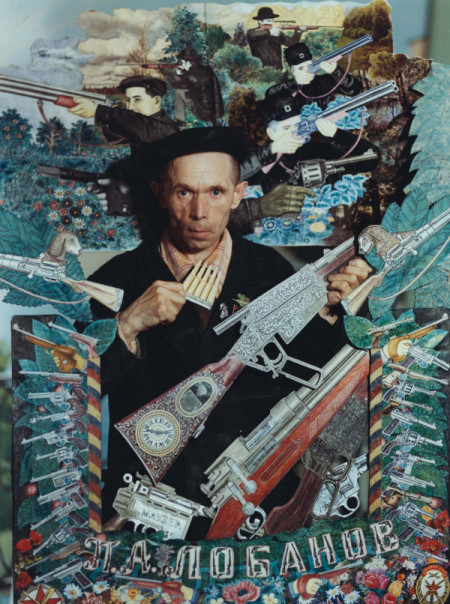 Born in Mologa (Russia) in 1924, Lobanov contracted meningitis before five years old and was left deaf and mute. In 1937, his family was relocated from their home town of Mologa to make way for the construction of the Rybinsk Reservoir, forcing him to abandon his studies at the school for the deaf he was attending.

Rebellious and often aggressive, his family decided to admit him into a psychiatric hospital at the age of twenty-three. His first ten years at the facility were marked by extreme displays of hate and agitation. At the approximate age of thirty-three, Lobanov gradually began to draw, and his behavior evolved. The formerly turbulent and irritable man became calmer and even sociable. Drawing both distracted and soothed him, helping to stabilize his overall psychological state.

From the moment he begins to draw, all of Lobanov’s activity is focused on those moments when he is alone in front of a blank sheet of paper. Smiling, he first draws a border, carefully, then plunges literally into his own world. A sheet of paper, for him, is a sort of threshold or window opening onto something else. Lobanov’s behavior shifted so much over the years that he was able to live a somewhat normal life, even allowed to leave the institution occasionally in the company of a driver. Up until his death, he spent all of his free time drawing.

Ever since the retrospective hosted by the Collection de l’Art Brut in Lausanne (2007) and the release of a monograph published in the same year, Lobanov is considered to be one of art brut’s major figures. 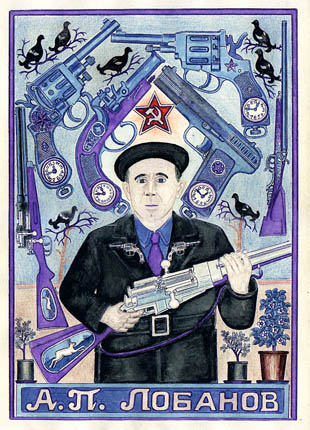